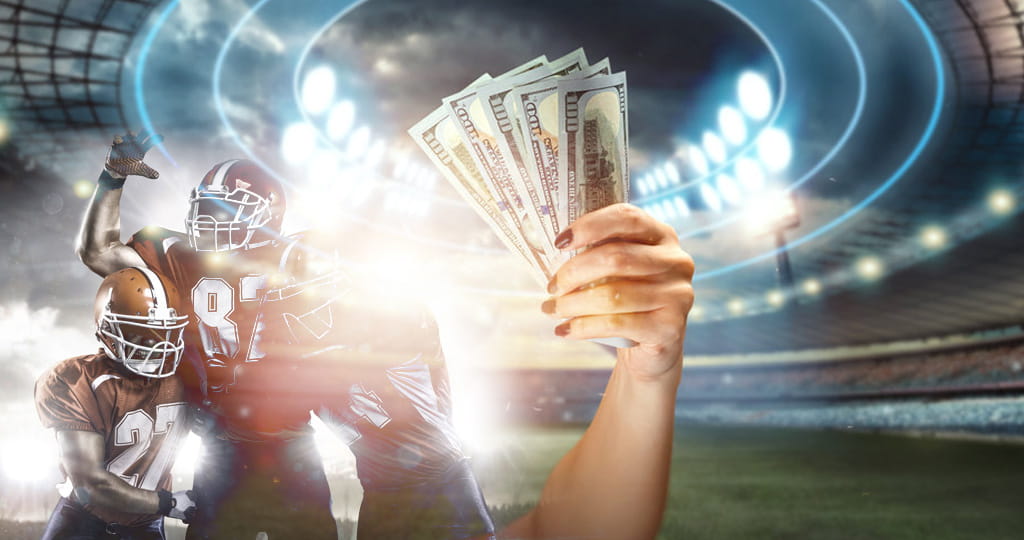 At the time of writing, the Los Angeles Rams are favoured by around four points among US bookmakers, but how can you wager on the event to get the best bang for your buck? We’ll explore this below, while providing a brief backdrop to Super Bowl LVI and the key competitors.

When is Super Bowl LVI and What are the Key Numbers?

Of course, the latest iteration of the Super Bowl has largely been overshadowed by the retirement of the legendary 44-year-old quarterback Tom Brady, who won a staggering seven Super Bowls during a record-breaking career. However, the Super Bowl remains the single most popular sporting event in the world, with this borne out by the viewing and betting statistics from the 2021 iteration.

More specifically, some 96.4 million people watched NFL’s 2021 Super Bowl, and while this was the lowest viewing audience recorded since 2007, it remains a huge domestic audience that doesn’t include the number of viewers from across the globe.

What’s more, a press release by the American Gaming Organisation dated February 2nd, 2021 suggested that 23.2 million US citizens were thought to have wagered on the outcome of last year’s Super Bowl, while even more bets are likely to be placed in 2022 as a growing number of US states have legalised sports wagering activity.

This year’s Super Bowl is scheduled to start at 6:30pm ET on February 13th, with the match taking place at the SoFi Stadium in Inglewood, California (which is the home venue of the Rams).

Typically, the NFL rotates the location of the Super Bowl every year to ideally ensure a neutral venue, so that no side has home-field advantage. This had worked superbly until last year, when the Buccaneers won the Super Bowl in their home stadium, and now the LA Rams will have the chance to continue this unusual trend.

As usual, the quarterbacks will play a pivotal role in determining the outcome of the match, with such players having won 31 of the previous 55 Super Bowl MVP trophies and 14 of the last 21 since the turn of the century. It also seems fitting to discuss who will line-up at quarterback for each side, especially when you consider the impact of Tom Brady on the event over the course of the last two decades.

The Rams’ quarterback is number nine Matthew Stafford, who enjoyed his first year with the Rams in 2021. An experienced player, he spent the previous 12 seasons of his career with the Detroit Lions, who made him the number one overall pick in the 2009 NFL Draft.

He’s enjoyed an excellent first season in LA, throwing for an impressive 4,886 yards and a career-high-tying 41 touchdowns. Also known for his arm strength and sense of anticipation, he’s more than played his part in an outstanding Rams offence, and on his day he’s among the best quarterbacks in the league.

His opposing number for the Bengals is Joe Burrow, who sports the number nine and was selected by his side as the number one overall pick in the 2020 NFL Draft. This came after Burrow had come out of nowhere to produce one of the greatest college seasons of all-time, which yielded a national championship for LSU.

He also solidified and had a positive impact on the Bengals’ offence throughout the season, after recovering from tearing his ACL during his rookie year. It will certainly be a fascinating battle between these two quarterbacks to control the match, and one that could prove decisive in the final reckoning.

How to Bet on the Super Bowl –A Brief Guide

Now that you have an understanding of the Super Bowl and this year’s participants, all that remains is to determine the best value bets and wagers. So, we’ve created a brief betting guide, so that you can make informed wagering decisions and achieve far better value for money!

We’ll start with the single most popular types of wager, which is referred to commonly as ‘moneyline’ betting. In simple terms, this requires you to wager on which team you think will win the Super Bowl, based on the key participants, injury news and the real-time odds available.

Given the knockout nature of the Super Bowl and the scoring model used in American Football, the draw is completely eliminated as a money bet option. This creates a favourable, even-money wager that offers you a 50% chance of success (statistically at least), and it’s relatively easy to understand too!

This year, the LA Rams are the clear bookmakers’ favourite, so you’ll have to stake a little more than backing the side to ensure a viable return. In turn, you can reduce your stake when wagering on the Bengals, as the odds available are longer and offer a little more value.

Next up are so-called “point spreads”, which effectively applies a handicap to the side that you’re wagering on (either by taking points away from the favourite’s final score or adding points to the underdog).

The goal here is to create greater value in the published odds, while its most commonly used when backing a heavy and short-priced favourite like the LA Rams. In this case, you can apply a negative point spread or handicap to the Rams, and they’ll need to win the game by a margin that takes this into account for the wager to be successful.

There’s a delicate balance to be had here, of course, but there’s no doubt that this type of wager can deliver increased returns without overly compromising your chances of winning when used effectively.

We’ll close with totals betting, which is most commonly presented in one or several ‘over/under’ markets. Here, sportsbooks set virtual and predetermined thresholds pertaining to the total points scored in the 2022 Super Bowl, and your task is to guess whether the actual total plundered will be higher (over) or lower (under) this value.

In a tight and tense match such as the Super Bowl, you may want to consider opting for the under option in some instances, as such games are usually keenly-contested and characterised by excellent defence across the board.

The most important thing is to consider each teams statistics and form prior to the game, so that you can make an informed choice that’s backed by data and insight!